Intro has created a refreshing new look for the Port Elliot Surf Life Saving Club located on the coast of Horseshoe Bay. The recent $5.9 million upgrade is a state-of-the-art lifesaving, training, and function hub, one of the biggest investments of its kind in the state’s history.

The multimillion- dollar development led by Intro and South Australian contractor Partek Construction created over 40 jobs through construction and will continue to create employment opportunities within its functions spaces with estimated activities including birthdays, community events, and weddings.

Officially opening its doors in late November, the brand-new surf lifesaving club now offers both staff, members, and the local community a sophisticated, modern space, with facilities that will sustain vital lifesaving services well into the future.

Throughout the design process, Intro was determined to maintain the building’s natural surroundings, the pristine shores of Horseshoe Bay, and incorporate these elements into their plan.

The natural landscape of Horseshoe Bay, with the nearby lookout and rock formations each, played a role in the architectural intent of the new surf lifesaving club, which reflects the curve, height, and abstract patterning of the natural landscape.

Intro Director Terry Boxall believes that translating the natural surroundings of the area was crucial in the design of the project.

“Port Elliot has a strong local community and the surf club has such history, being around for over 80 years, so to us, it was important to take inspiration from the elements of the surrounding environment in our design and really capture the local context of the bay while also making sure all vital requirements were met,” Terry said.

“The design employs a material pallet to capture textural and earthy tones, reflecting the weathered appearance of the lichen-covered rocks, while remaining resilient to erosive sea spray,” he continued.

As well as the current 150 active patrolling members, the surf club also prides itself on its family-friendly atmosphere and culture of mateship, holding weekly training sessions that see over 200 children involved in learning how to swim, surf safety skills, and progressing towards being senior lifesavers.

“The club’s rich focus on family and community was also taken into account, as we wanted to create a classic design that will last for generations to come,” Terry added. 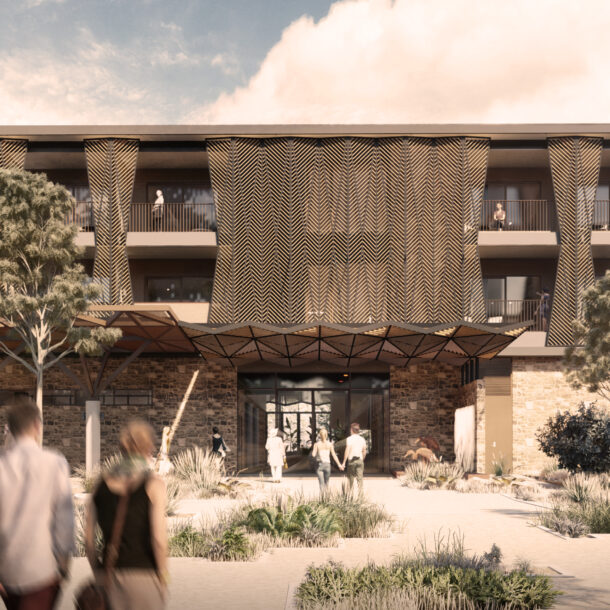 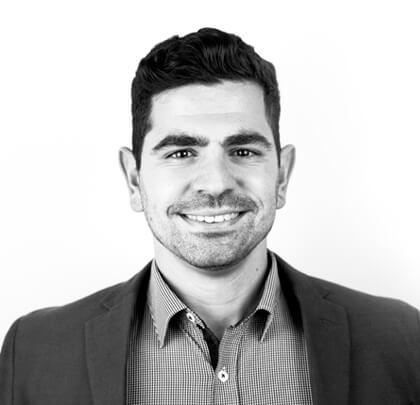 Stavros has over 10 years experience in the architectural industry partaking in a diverse range of projects including multi-storey residential, hotel, mixed-use and civic facilities.

His experiences have provided him with a sound foundation in concept design, design development and contract administration phases with a keen focus on spatial design and detailing. 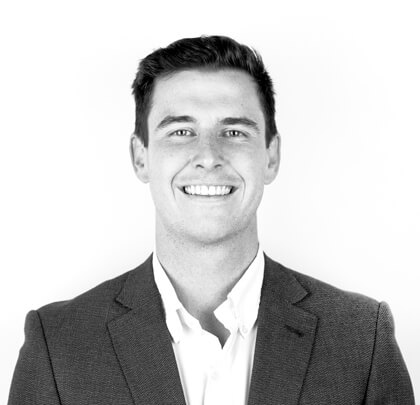 A dynamic addition to Intro, Samuel is the pre-eminent youthful exuberant with a thirst for architecture. The craft of design, embodies Sam’s approach to work, with clients constantly requesting his presence across their projects. The immersion of the conceptual form drives Sam to create, foster and chauffeur an exemplary design outcome.

His consistent approach of thinking outside the box, paired with strong conceptual ideas and knowledge drive highly responsive, efficient and contemporary designs. 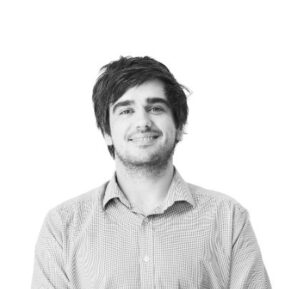 Jack brings diverse experience in various design disciplines to the team at Intro.

Since graduating with a Masters of Architecture at the University of Adelaide in 2017, Jack has explored his interests in multiple fields, working and completing projects in industrial design, furniture, sculpture, and graphic design.

Jack brings a strong understanding of 3D modeling, parametric and generative design. This, along with his broad scope of experience across multiple disciplines allows him to bring a unique skillset and perspective to a variety of different aspects of architectural projects.

Mitchell is an enthusiastic graduate and brings a lively presence to Intro. Having been immersed in the construction industry from a young age, Mitchell has a sharp architectural eye and is actively involved during the project realisation.

Although his career is only just beginning, he has a mature understanding and outlook on architecture. Look for his attentive engagement throughout your project from start to completion as he seeks to impress while he develops as a Graduate of Architecture. 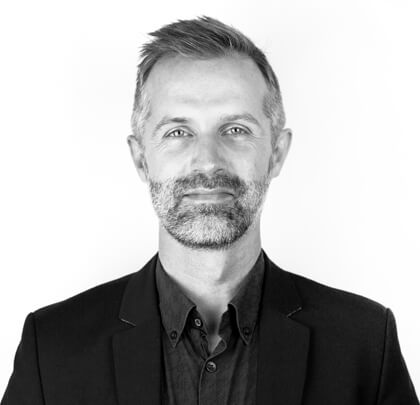 Brendan has experience in a range of successful educational buildings, apartment complexes, defence projects, high rise oﬃce buildings and community centres with budgets ranging from $300K to $400M. Brendan has a strong focus on spatial design resolution and external appearance 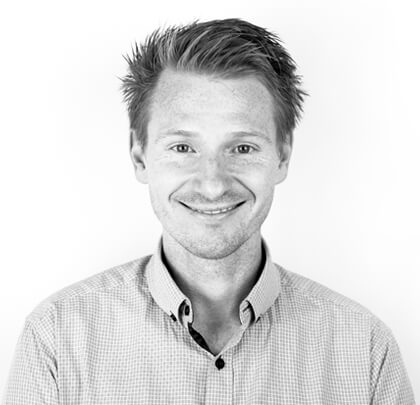 With over 8 years in the ﬁeld of architecture, Timothy has a wide range of experience across many portfolios including residential, tertiary education, retail, commercial and health. Most recently he has played a key role within the hotel and residential portfolios as a project architect, contributing to the successful documentation of the University of Adelaide’s Braggs Building, 157 Waymouth Street Hotel, Addington Raceway Hotel and several affordable housing projects across New Zealand in conjunction with Housing New Zealand.

He has extensive experience in all phases of architectural services from early project feasibility through to design, documentation, tendering and contract administration. Timothy brings a high level of professional skill, with a strong focus on spatial design and attention to detail. Resulting in fully-resolved, thoughtful functionality and amenity in projects. 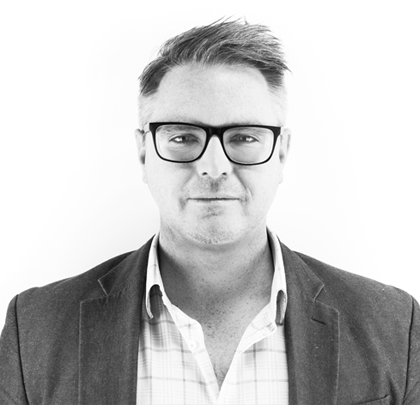 Damien is an experienced development manager and town planner who uses his strong communication skills and grounding in land use planning, design management and economics to manage the delivery of highly complex projects.

Damien provides high level strategic and land use advice to a broad spectrum of clients, from both the public and private sector, and manages the delivery of quality and valued projects. His experience in managing complex, multi-disciplinary project teams has enabled him to deliver large scale, high profile developments in a timely and effective fashion.

His breadth of project experience has forged strong personal relationships with high calibre local, national and international repeat clients, who frequently call on his expertise to optimise development projects from the outset. 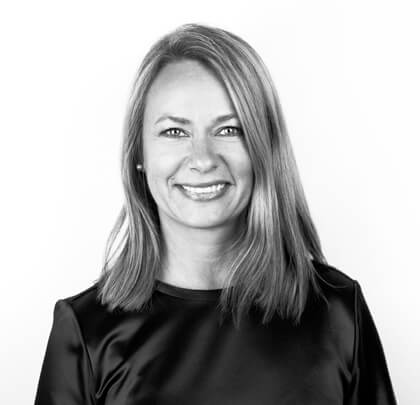 Linda is Intro’s General Manager with over 20 years of experience working with small and medium businesses across Europe and Australia. Her background in human recourses management and organisational development has seen her provide critical strategic advice and direction for businesses across a broad spectrum of disciplines including multi-disciplinary urban consulting firms, construction and trades, ICT and recruitment companies.

Linda brings to Intro her commitment to integrity paired with a solution-focused, efficient and collaborative approach. She effectively supports and steers our team to provide exceptional service and outcomes to Intro’s broad-range of Clients. Linda takes care of business. 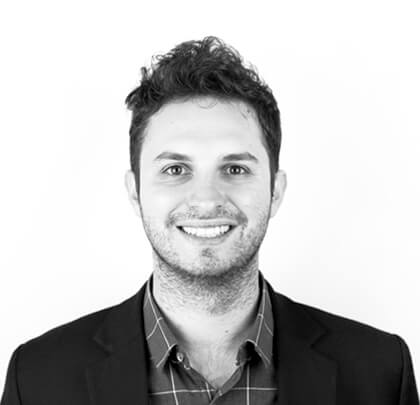 Anthony is an Urban and Regional Planner with diverse experiences in the planning arena. Anthony’s project experience relates to strategic planning, statutory planning and planning policy, while also expanding his knowledge base in Urban Design Frameworks, Structure planning and Master planning.

Anthony is a skilled mediator in the community and stakeholder engagement process, having utilised this expertise in a range of forums. Anthony is also experienced in strategic site selection for various land use types and clients.

Anthony is confident and an enthusiastic learner, and seeks to expand his knowledge on all planning matters at every opportunity. 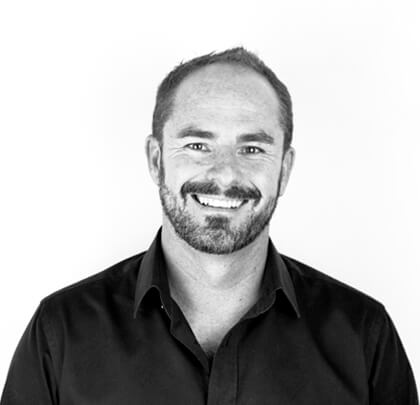 Terry has been involved in a number of projects across multiple industry sectors with core experience in sketch design, design development and contract administration.

Terry’s experience in civic facilities, retail centres and multi-storey residential projects have resulted in a strong focus on spatial design resolution. Terry’s skill in 3D design aids in his ability to convey information quickly and precisely to clients and colleagues.

Terry’s other ﬁelds of experience include defence, commercial, aged care and master planning. 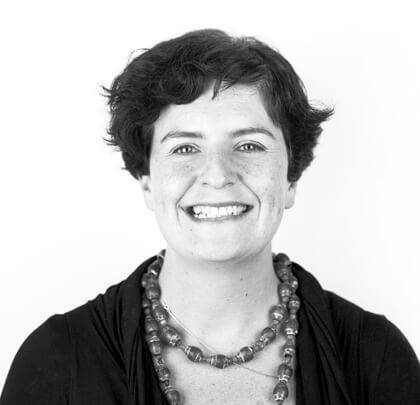 Luci is an Urban and Regional Planner with a number of years of experience within large infrastructure companies and multi-disciplinary consulting firms. She thrives on collaboration with other disciplines to inform and enable rigorous and elegant solutions that contribute to healthy, inclusive and inspiring environments. Luci brings her experience in master planning, development assessment, community engagement and stakeholder management for complex development projects. Luci’s well-rounded communication, facilitation skills and understanding of a broad range of social, technical and environmental issues have seen her successfully navigate numerous and varied projects through the Development Approval process.

Her experiences include major linear infrastructure upgrades, the establishment of university facilities, aged care centres, medical centres and residential subdivisions as well as high-rise mixed-use developments. Luci thrives on the challenges presented within sensitive heritage, environmental and social contexts. The overlap of urban planning with her skills and experience in landscape design, horticulture and ecotourism bring a unique skill-set and knowledge to projects.